I am a little disappointed with the experience of Nikon’s Flagship product.

I was shooting in the forest under canopies in the rain beside a friend of mine (using an Entry Level D610 + Sigma 70-300mm Non Weather sealed lens). 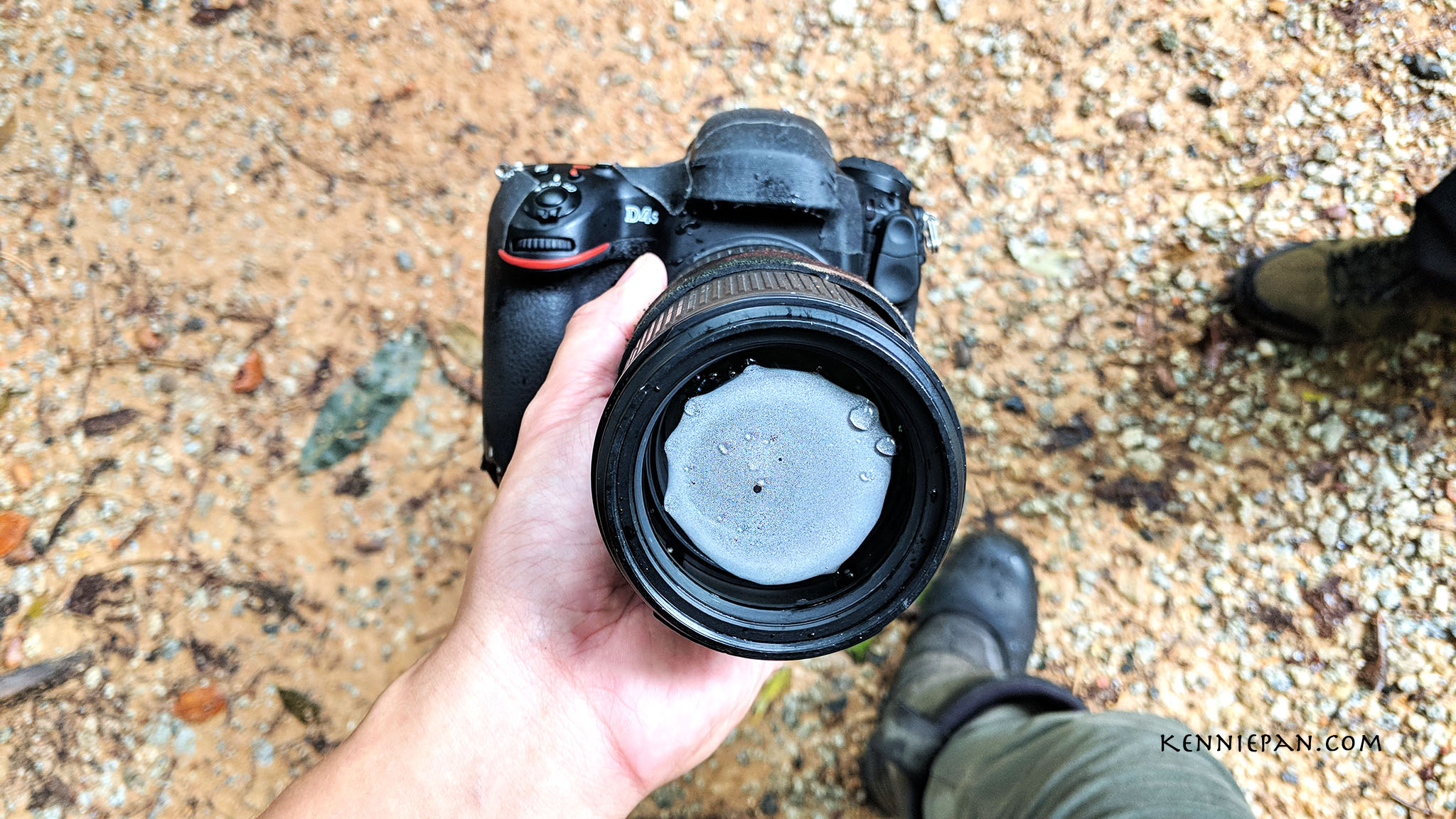 As more rain fell on the D4s body, I did not bother about it and continued shooting under the rain (As Nikon claims the Flagship USD $5000 D4S body is built for even the most severe conditions; ie Screenshots below): 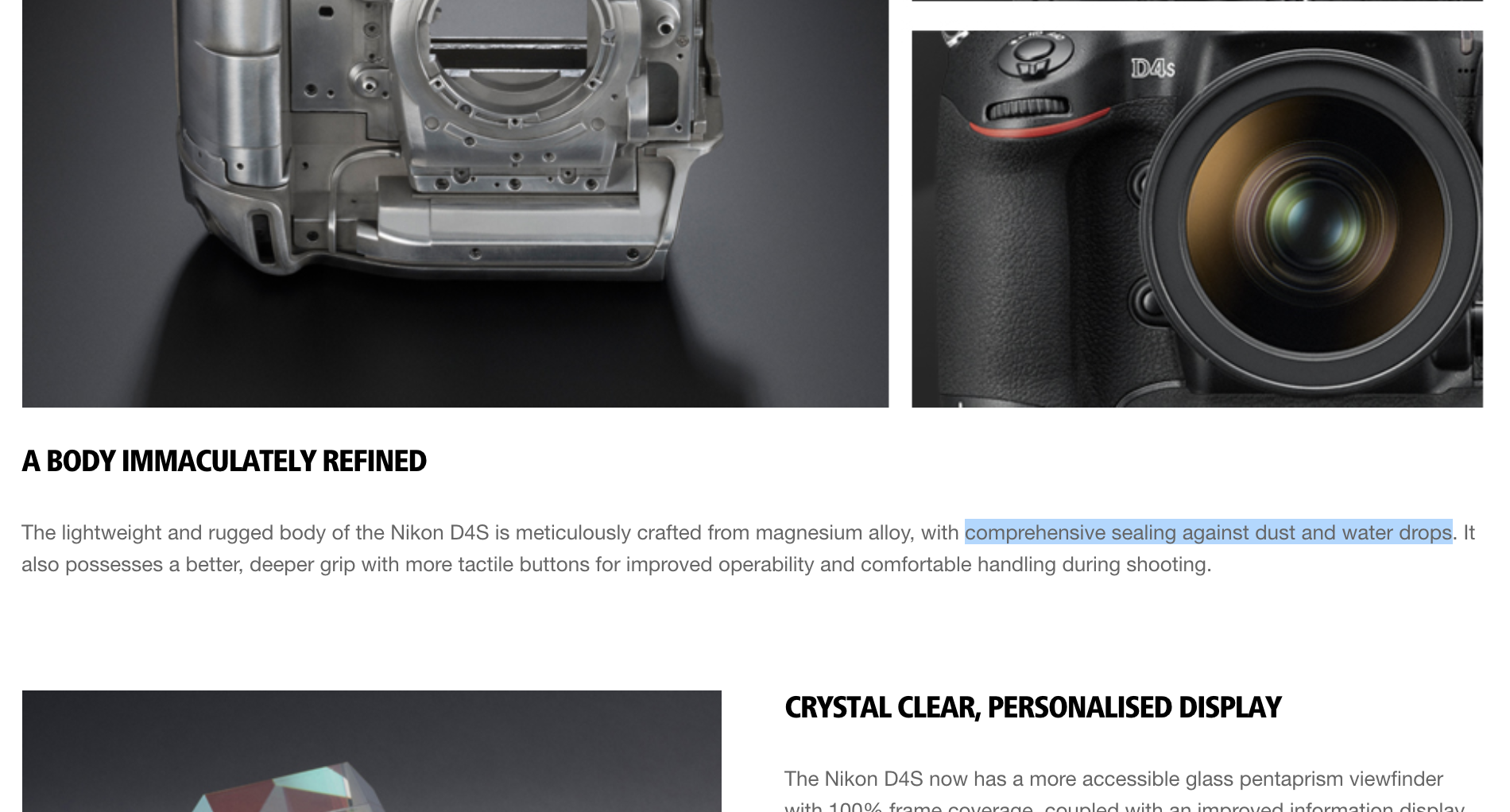 What came out shocking, was the body started to show signs of water seepage into it when the buttons were not responsive to my pressings. After that, random settings were being pressed due to the seeped water “activating the buttons”.

True enough, the D4s was randomly being activated at places where the water “pressed/ activated” the buttons.

The camera had difficulty switching itself on after that. It was going in between on and off mode when the battery was in.  Having fear of damaging it further, I had to remove the battery and stop using it. Thus, unable to photograph my subject anymore with the D4s.Not to mention, the 70-200mm F/4G VR III was fogged up completely in the front (no complains on that as the 70-200 F/4G has got no weather sealing and fogging up is expected on a rainy day).

What was amusing was that my friend whom was using his Entry Level D610 + Sigma 70-300 (Cheap $200+ lens) had no problems at all with his equipments (Shooting beside me all along). No water entered his Entry Level body and his entry level 3rd party lens.

For now, I am just hoping that nothing would happen to my D4s (Tool for source of income) when I leave it in the Dehumidifying Cabinate for a few days. 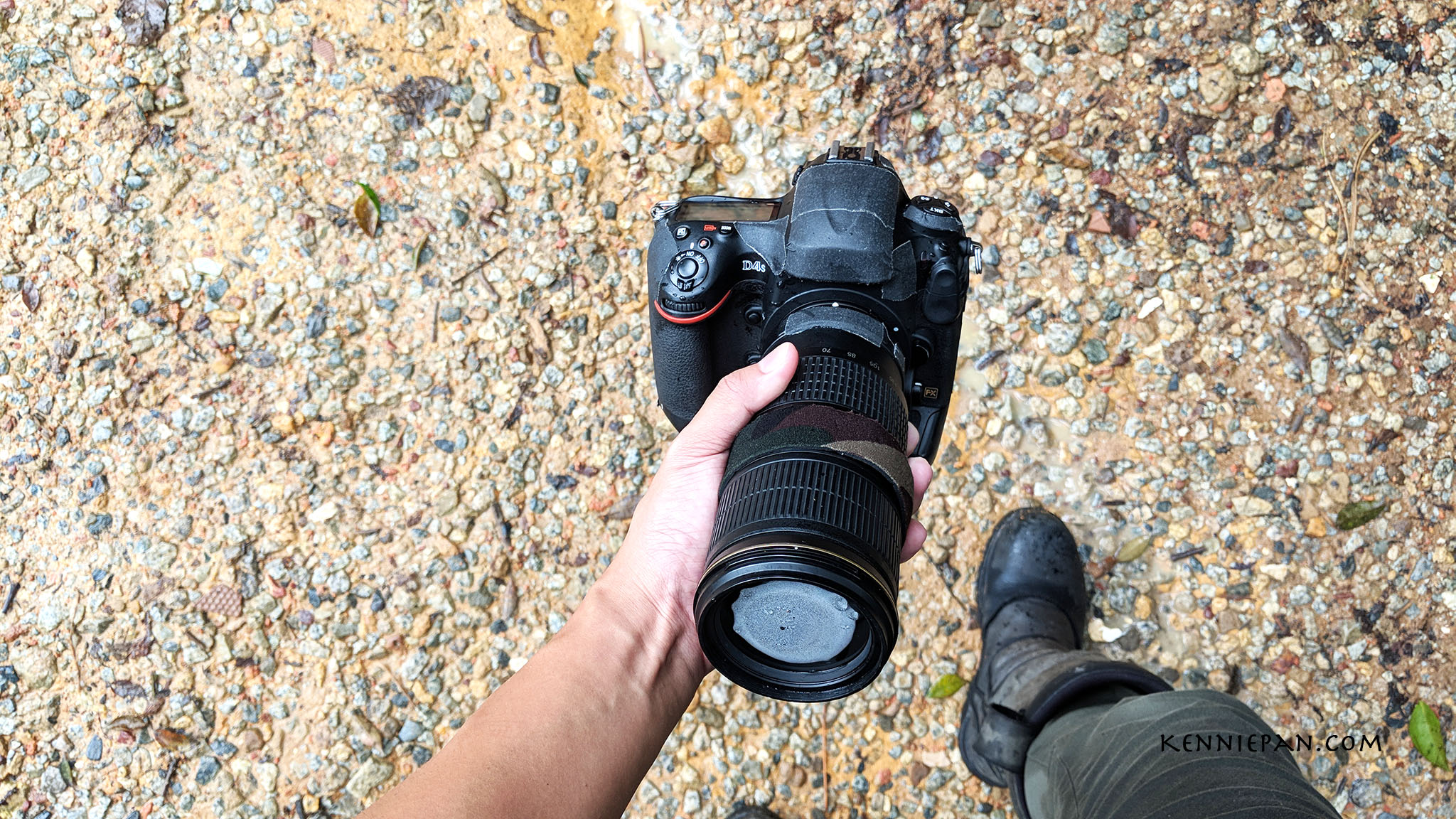 If any electronic fails, would Nikon be able to compensate any repair cost?

Also, will the same problem occur again when I get caught in the rain without any protective raincover over the D4s?

This is something to ponder about. Marketing purposes or product not performing up to standards?

Nevertheless, will keep my gears covered by a coat (even a simple cloth would help) next time even if the product is deemed “Weather Sealed”.