A Mosquito is photographed refilling it’s stomach from the Oriental Whip Snake’s head. As much as the reptile’s skin are hard enough to withstand the mosquitos’s jab, the openings between the ‘scales’ are big enough for the mosquito to penetrate through.
I was able to see the entire feeding process, it took less than 6minutes to ballon up to this blood Red stomach. The mosquito continued feeding on even though the snake was moving erratically. 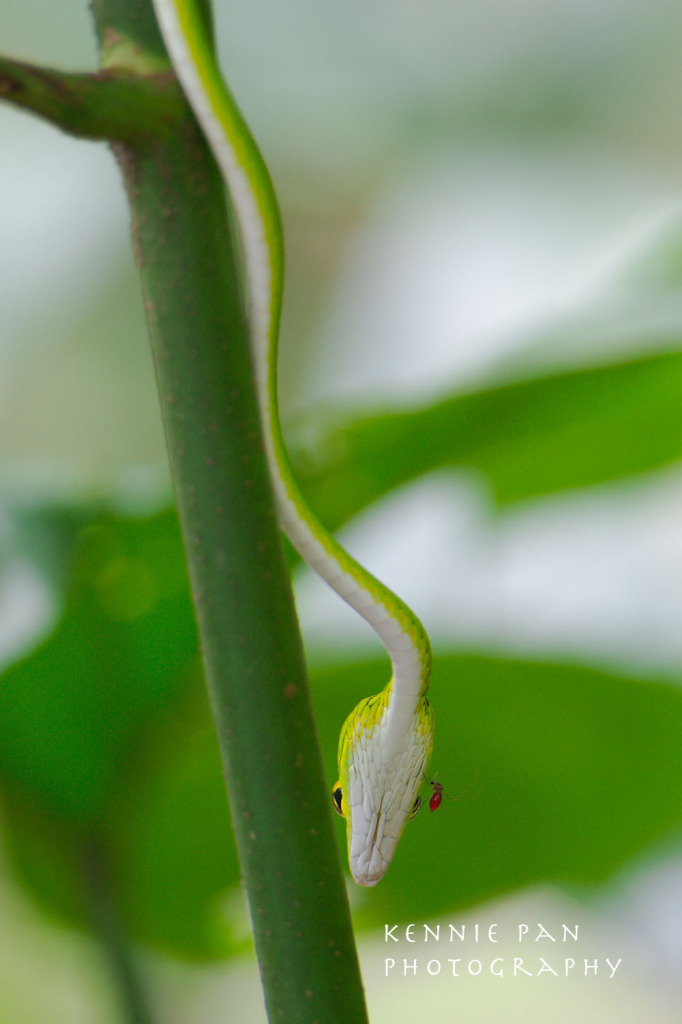